In case the article is behind a paywall, here is the text in full:

In early November we filed Freedom of Information Law (FOIL) requests with the Ulster County Department of Health and the New York State Department of Environmental Conservation. The text of our request was for:

“any and all records, maps, forms, photos, permits, applications, reports, submissions, and correspondence, whether written or electronic, between (UCDOH or NYSDEC) and KOA and/or its Terramor Outdoor Resorts subsidiary, contractors, and assignees.”

These responsive records were provided on paper and dated November 15th, 2022. They have been scanned to one large pdf.

Most responsive records are emails back and forth between Terramor’s planners, CT Male Assoc., and the UCDOH. The subjects vary but mostly revolve around testing of wells on the site and on neighbors’ property. Many of the emails are part of chains and thus pose difficulties in sorting out dates and transmission flows. There are also lots of repeating elements bulking up the scans. This is a result of the way in which the responsive records are transmitted from the IT people to the FOIL officer. There is also one document we have not seen before, the Ulster County Planning Department document titled: Terramor Catskills — Special Permit and Site Plan Review

We have run OCR on the whole document, extracted relevant email threads, and edited out repeated elements like signatures, etc. We have rearranged the email threads so that they can be read chronologically from top down. Files are named by date of first email in the chain. Important note: There are some strange OCR artifacts. Consult the original .pdf for the canonical version.

These documents were provided electronically. Most are repeats of items we have seen before. There are several emails back and forth between the developers and the DEC people in charge of reviewing the items submitted so far. This is a long process and both sides take note of that.

One interesting new item here is the DEC emphasizing to the developer that the plans associated with the old South Peak subdivision development are irrelevant for the new proposal. There is also a graphic of a new location for the surface water discharge. This item is not dated, so we know little about its current status. We will try to find out.

Both of the new FOIL folders are contained within the previously referenced folder called “Terramor-One-Copy-of-all-documents-sequentially-dated-SORT-BY-NAME-for-chronological-list” available here: https://drive.google.com/drive/folders/19UMi-g3Kqng5l2SKKB8POGecUbdcK40M?usp=share_link 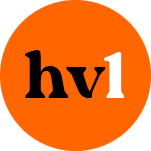 The Terramor project received more press coverage in the November 16th 2022 issue of Hudson Valley 1. The article was entitled: Self-confessed NIMBYs in Woodstock and Saugerties fight development of glamping resort (HV1 link opens in new tab)
In case that link to the article is paywalled, below is the text of the piece (photos removed).

The project was also the subject of an opinion piece in the Albany Times-Union
Commentary: Sometimes, NIMBY can also be for the greater good. (TU link opens in new tab)
In case that link is paywalled, below is the text of that piece (photos removed).

In case the Hudson Valley 1 article is paywalled, here is the text of the piece (photos removed):
— Article starts —

Opposition to the Terramor glamping resort, planned on a 77-acre lot where Saugerties and Woodstock meet, is mounting — and going national.

A project of Kampgrounds of America’s high-end brand, Terramor plans to build 75 luxury tents on platforms, each with its own bathroom and firepit, plus a 4,000-square-foot restaurant and event center, an outfitter’s shop, staff housing, a swimming pool and a communal fire pit.

‘Terramor’ means love the land but nearby homeowners are dubious. Red and white “Stop Terramor’’ signs are sprouting on surrounding roads. They suggest “Love Thy Neighbor.”

Neighbors fear the Terramor development, which KOA hopes to open in 2024, and its near-Woodstock address will draw visitors curious about the town’s charms but destructive to the area’s tranquility and respect for nature.
Terramor construction.

Robert Thurman, a retired school administrator and mental health counselor, is a self-confessed NIMBY. A resident of Plochman Lane, which is near Terramor’s western side, he’s adamantly opposed to a glamping site “in his backyard.” Thurman is 75 and asthmatic. He worries about air pollution from the wood-burning fire pits, aquifer depletion that will drain his well and traffic congestion as additional cars travel on already over-taxed roads.

Thurman says he wants nothing more than to sit on his porch with a good book. But he’s on the board of Citizens against Terramor and says he’s in this fight to the finish. “We don’t feel there is any compromise that would allow this to be built — we’re going to stick to our guns.”

Educator Dr. Susan Paynter is president of Citizens Against Terramor. On her list of concerns is the loss of ten acres of precious wetlands that provide natural filtration of pollutants, as well as important habitat for wildlife and birds like the American woodcock, a “species of continental concern.”

One of Terramor’s neighbors has already been affected by its ambitious plans. His story is a cautionary tale for those who fear their property values are threatened.

This summer, painter and Saugerties resident Donald Elder and his neighbor were on the verge of selling a fifteen-acre parcel of land they own jointly. They had a customer — an artist planning to build a home and studio on the property. Her land would border Terramor. A price was agreed in mid-June.

But before the closing date, newspapers (including Hudson Valley One) reported on the Terramor development. When she learned that several tents would be built about 100 feet from her property line, Elder’s buyer feared that light and music would disrupt the peaceful natural surroundings she sought. The deal collapsed.

Elder now despairs of ever selling the parcel — or even his house, which is a short walk from the low stone wall that marks Terramor’s land.

Dozens of neighbors are organizing and raising money — about $29,000 so far — to hire a hydrologist, an environmental engineer, a geologist, a lawyer and Hudsonia, an environmental research institute. Citizens Against Terramor hope the data these experts collect will convince the Saugerties Planning Board to deny the company permission to proceed.

NIMBYs across the country have joined the fight. Citizens Against Terramor has posted a petition on Change.org. They address Ulster County Executive Jen Metzger, stating, “While we appreciate progress, we do not want to be overdeveloped, and strongly believe RESORTS do not belong in residential communities.”
“Stop Terramor” signs on Glasco Turnpike.

So far, they’ve gathered more than 32,000 signatures, many from “Saugerstock” but others from as far afield as Arkansas and Arizona. Dr. Paynter believes a widespread distrust of corporate outsiders is fueling the passionate support of Citizens Against Terramor.

Petitioners cite their love of nature and their hatred of greed. This note from Julie Parisi Kirby is emblematic of their comments: “We need to protect the wild spaces we have left. Destroying them for something so frivolous is criminal. We’re facing numerous crises: climate, housing, pollution of air, water and land. This project would add to the crises and do nothing to help mitigate them.”

We reached out to Terramor for comment but did not receive a call back by press time.

Times-Union Commentary: Sometimes, NIMBY can also be for the greater good

More than 25 years have passed since I moved to the Hudson Valley, a move that was done in stages, but I always knew this would be home. I settled on a pretty unexceptional house. My husband urged me to look more, look more. But I wasn’t buying the house. I was buying the land, so I didn’t need to “look more.” I found home on 5 1/3 acres, on a dead-end road that wasn’t yet paved. Land, for me, was priority.

The Hudson Valley has become a mecca for people who seek their special homes, but it’s also become a destination for financial opportunism. The response of “Not In My Back Yard” (NIMBY) has been confronted on issues from hotels to low-income housing to wedding/event venues — and to Terramor.

Terramor Resorts, the luxury “glamping” division of KOA, has come along hoping to take advantage of this area’s magic, proposing to construct a 75-tent glamping campground on 77 acres of mature forest. Each tent will have its own bathroom, shower and wood-burning firepit. A total of 89 structures, including a 4,000-square-foot restaurant and wedding/event center, a bar, a 28-person dormitory, an Olympic-size swimming pool, a community fire pit, and a wellness center are planned.

The location is in the midst of a largely residential area in the heart of the Saugerties-Woodstock community, just off of two main roads that converge at an intersection with the highest number of vehicular accidents in the region. Terramor conducted a traffic assessment to determine the impact of the glampers in February, on a Thursday, in the middle of the pandemic. Perhaps they thought no one would notice the timing, how unrepresentative the data would be of traffic during their months of operation — May to November.

There are a lot of community members raising an outcry. Red and white signs shouting “STOP TERRAMOR” catch your attention on most of the roads in the area.

Is this an example of NIMBY for the greater good?

In a recently published essay on ethical travel, the writer advises us to seek out places with sustainable resources. The Hudson Valley Resource Mapper identifies the proposed glamping site as an area of climate interest and unique conservation value, including at least ten acres of thousands-of-years-old wetlands that will be impacted if the project proceeds.
Wetlands provide an important habitat for terrestrial animals. They offer flood resilience. They serve as “nature’s kidney” by improving our water quality through the natural filtration of pollutants.

Here’s Terramor’s solution: Relocate or “offset” the wetlands miles away through a program of credits. I’m not sure how that will help our environment.

Of course there are other concerns. Noise and light pollution have serious detrimental effects on wildlife. Sensory pollution wrought by flooding the environment with human-made light and sound, known to confound the senses of countless animals and obscure the cues they depend upon to survive, will be an inevitable byproduct of 150-375 people enjoying nature. Then there’s the smoke from the 75+ fire pits. The particulates can have a strong negative effect on our health. Experts contend the smoke from just one fire pit compares to the second-hand smoke from 800 cigarettes.

It might seem an irony that in March 2022, when I took my first vacation since the pandemic began, I went glamping. But the site was literally in the middle of nowhere and with many fewer tents. So glamping can be done responsibly, and more in line with environmental concerns, as has been shown with sites that have revitalized worn campgrounds. This is in sharp contrast to what Terramor is attempting, which is the takeover of mature, dense forests with wetlands.

For our community, “Saugerstock,” for the totality of the inhabitants — human and otherwise — this seems to me a case of NIMBY for the greater good.