Immediate neighbors of the Terramor property will notice increased activity on the property over the next couple of weeks.

As announced a while back, contractors for the developer will be testing three wells. Tests should start Friday September 16th and continue for up to three weeks. Neighbors may see heavy equipment moving and will hear generators.

There will be several steps to the testing:

Readers may remember that Terramor has expressed a willingness to “test neighbor wells while we test ours”. We have contacted Terramor to find out about this and have been told that they are working on it (2022-09-24). At a minimum, it seems that these neighbor tests should include all wells withing 1000 feet of Terramor property lines, should include water quality sampling (for contaminants) and, most importantly, tests to see if neighbor wells react **during** Terramor’s constant flow tests. These tests would likely involve dropping a transducer down the neighbor’s well bore hole and taking pressure measurements at short, repeating intervals for the duration of the test. The most accurate data would be obtained by minimizing household water use for the duration of the test.

We will update this site as we get more details of how neighbors might participate in testing.

Here are a couple of excerpts from the Terramor Catskills Traffic Impact Study submitted with all the other documents (available here):

And now we can add one more crash to the list. On Saturday July 16th there was a three-car accident at the junction of Route 212 and Glasco Turnpike in Shultis Cornes, West Saugerties. One of our own neighbors was involved in the accident. Here is her own post about it:

I was just involved in a pretty serious accident on Glasco and Rt 212, some of you may have heard about it. Three cars were involved, me being the luckiest as my car received the least impact.

There were no fatalities. One woman may have been hurt and understandably shaken up and was on a stretcher and taken by ambulance.

I am shaken up witnessing what could have been a fatal accident save for some higher grace. I am extremely grateful for myself, my dog and for the others including a little baby surviving this intact. A miracle.

Since this occurred several hours ago I have shared this with some friends. Three have already affirmed that they have had near accidents on this particular corner which leads me to my next plea.

I shudder to think what would happen should Terramor Glamping Resort be able to go through with their plan as proposed and unload tons of cars daily on to this already busy road and seriously dangerous nearby intersection.

The scope of their plan is unconscionable in this quiet residential neighborhood.
–ends–

We agree. The Terramor Catskills Traffic Impact Study even acknowledges the dangers of Route 212 in this area, suggesting a lowering of the speed limit and other traffic calming efforts. And that’s before we even get to the subject of sight-lines and cutting back neighbors foliage to get the required sightlines. Let’s not forget that this is a State Road. That means that there are several extra layers of administration, planning ad design to get through as compared to a Town Road. It’s much easier for the Saugerties Planning Board and the Town Highway Supervisor to dictate speed limits and traffic calming on Town Roads than on State Roads. 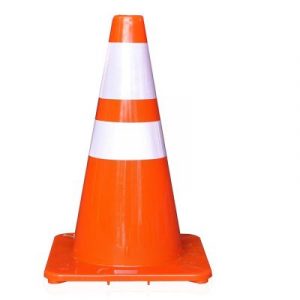 An email arrived this morning:

Mark’s response to the above question (lightly edited for context):
Here is a question I posed to the Town planning consultant who was with us on Tuesday (I also asked the same question of the Planning Board Secretary) :

When a new large development (in this case Terramor) has its first appearance in front of the Planning Board, does any other entity have the opportunity to address the Board at that first formal meeting? Not individual members of the public, but, say, an interested expert addressing particular parts of the formal technical submissions made to the Board

The consultant’s response to Mark’s question:

Experts are directly hired by the Planning Board to review a project if the Board feels it is necessary. For example, the Board will hire its own traffic engineer to review and comment on the applicant’s traffic report and so forth. The Board relies on these hired experts, and comments from involved agencies such as NYS DEC and DOT, to identify glaring issues, permit requirements, or items that would need to be addressed for an approvable project. The Town Code and NYS Environmental Quality Review Act provides a framework for this investigation.

The public can also provide comments from their own expert, and present those comments during public hearings.

Formal meetings are the only time that the Planning Board can discuss the project as a quorum without violating NYS Open Meetings Law, so allowing the technical review to proceed month by month at these meetings is important to the Board’s decision making process.

The Planning Board Secretary’s response to Mark’s question:

My conclusion, therefore, is that both things can be true. Private consultants *can* be hired, but the Board can also do this.

It is highly likely that if citizens tell the Board, early and often, that traffic is a concern, the Board will add that to the list of issues they want their own consultants to address.

[When it comes to traffic,] I think that there are two areas of concern here. One appears to have taken up more oxygen and the other has already been identified by the Town consultants.

First, the Rt. 212/Glasco intersection: While we all know that the Glasco/212 intersection poses concerns, efforts to take up more time and oxygen with this here are likely wasted. I do not think that we can easily link it directly to the Terramor project. It is simply too far away.

Second: the issue of the speed limit on Rt. 212 outside the proposed project entrance and the sight distances thereof. It is this issue which has already been identified by the Town consultants as an area of concern with the preliminary sketch plan. The distance from their proposed curb cut to the turn on the Woodstock side is **just** to code for a 55 mph speed zone. This will continue to be a concern and mitigation for this will be tricky. The Board will be well aware of this. This is definitely something we can and should link to the project.

It’s important to note, of course, that Rt. 212 is a state road and that the Town (and the Planning Board) has limited authority over the infrastructure and protocols on that road. Indeed, when the drainage improvements were made to Osnas, the Town Highway Dept. and their engineers were at pains to point out that the new point of failure will be the culvert under Rt. 212. There was absolutely no appetite on the part of anyone involved for discussions with the State DOT about them improving their own culvert.

I believe the most we can hope for with regard to the intersection issue is that the Planning Board will communicate our concerns about it to the State and make it part of the litany of complaints and issues contained in any proposal the Town makes to the State about Rt 212.

As to the issue of the sight distance, the Board might make them move their curb cut closer to Saugerties. They could also make the curb cut set back further and drastically cut back the foliage on either side to improve sight lines. The consultants have already suggested the latter. They have also suggested that the Town ask the State to make the speed limit 45 (likely from the Transfer Station all the way to Glasco). Of course, this runs into the issue mentioned above about the appetite for any discussions with the State.

Comments are open and tightly moderated